Over the last decade, scientists have documented high concentrations of plastic litter all over the arctic. The majority of plastic in the Arctic has travelled from Northwest Europe and the east coast of North America through strong ocean currents. As a result, it is estimated that Arctic ice contains 12,000 particles of microplastic per litre, and that the plastic concentration in this ocean is higher than any other in the world. With an abundance of issues, primarily, microplastics within sea ice impacts the absorption of incident solar radiation, a key factor to regulating heat exchange between the ocean and the atmosphere, in which the presence of microplastics cause the ice to melt faster, accelerating climate change effects. "...it is not a middle-of-the-ocean problem. It's a water body problem. It's a terrestrial problem, it's an air problem, it's a tropical problem, it's an Arctic problem..." ~ Dr. Jennifer Provencher

Lyfecycle, created by British innovators Polymateria based at Imperial College London, aim to tackle the global plastic pandemic and put a stop to fugitive plastic - that which escapes to the natural environment beyond a circular economy -, whilst it is on land before it ever reaches the oceans. It is estimated that 32% of all plastic doesn't get recycled or disposed of properly, in which solving fugitive plastic could prevent 4 billion tonnes of plastic reaching the oceans by 2050. While Lyfecycle technology allows recycling to happen, it was specifically designed to target the types of plastics that are most likely to end up in nature.

Inventing a new plastic material that is engineered to degrade in a pre-set amount of time - little over a year compared to the thousands of years it is estimated that typical plastics take to break down -, it merely requires open-air, sunlight, moisture and soil for the process to take place, in which by biodegrading, the plastic leaves no toxins or microplastics behind. Lyfecycle packaging solutions - for example, event cups - give individuals a more easily achievable way to take small actions toward responsible disposal that will have an immediate and global positive impact on the environment. Through collaborative partnerships, awareness building, and scientific innovation, Lyfecycle’s goal is to ignite action and cause a ripple effect that will solve ocean pollution, and leave the planet in a better place for generations to come.

In collaboration with Lyfecycle, ANCHOR & CREW are part of the project to showcase the potential capabilities of the invention. Inspired by nature and powered by science, the ‘Reach for Change’ bracelet features one-of-a-kind sustainable beads repurposed from cups made of Lyfecycle self-destructing plastic technology, an adjustable cord from recovered plastic bottles, and a recycled fair trade silver emblem. Such an idea is a tangible example of how Lyfecycle materials designed for biodegradation can also be upcycled into high value items such as jewellery thanks to the unique time-set biodegradation property. Redefining the way we think about and design plastics is essential if we are to solve the plastic pandemic. 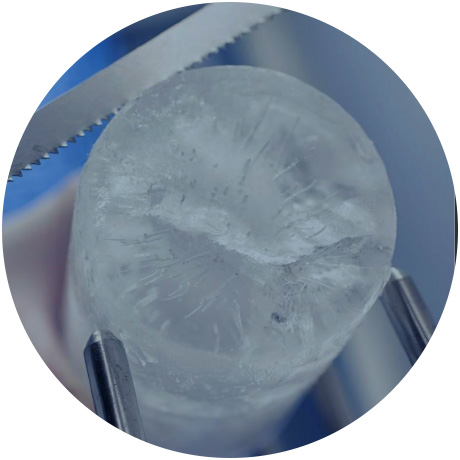 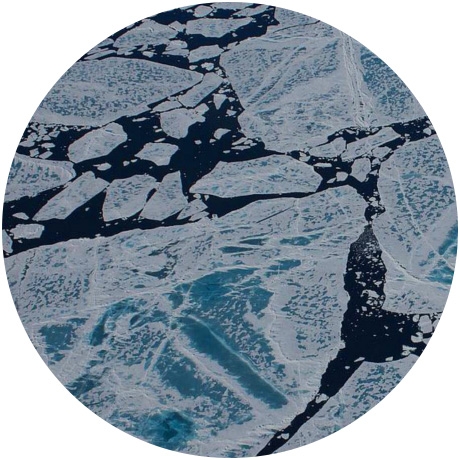 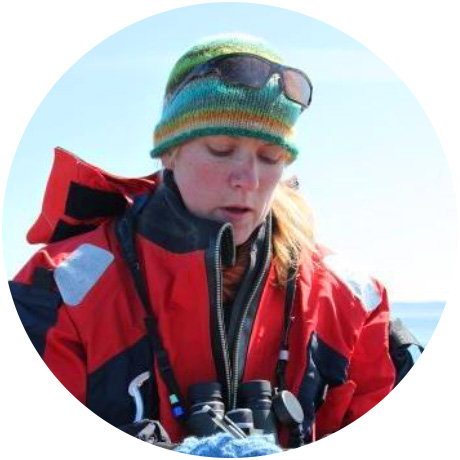 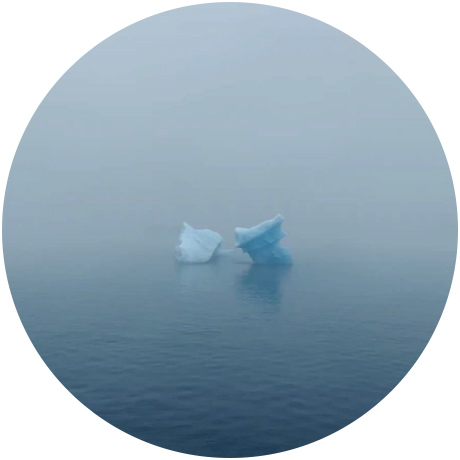 When is a cup more than just a cup? 500 billion disposable cups are used every day. Lyfecycle's cups - made especially for the HRH Terra Carta x COP26 event - have been made with Lyfecycle self-destructing plastic technology and can be easily recycled, however, if any escape into the environment, they will self-destruct after one year leaving no microplastics or toxins behind. What is left? Only an earth-friendly wax that becomes a part of the natural cycle of life.

Global leaders in sustainability and the envionment, design, politics and other agendas gathered at the Terra Carta, HRH Foundation event series as part of COP26 to propel solutions that work in harmony with nature. Lyfecycle Reach for Change bracelets, handcrafted by ANCHOR & CREW, were showcased at the event as tangible proof that if we all do the right thing, we can give a new life to plastic products and create something beautiful. One of such bracelets was also gifted to HRH Prince Charles, The Prince of Wales, a strong supporter of sustainable practices and solutions. "I was very impressed by the team at Imperial College London who took their knowledge of chemistry and polymers and mimicked the way nature breaks down organic waste. Brilliant ideas like this come from realising that nature has worked out how to fix most of the problems we face." ~ HRH Prince Charles, The Prince of Wales

Everything that we create will eventually return to nature. Nearly a third of the plastic products that we use every day escape into our environment and can take hundreds of years to break down. The microplastics and toxins that are left behind cause irreversible harm to our ecosystem. Recycling alone, will not eradicate the plastic pollution crisis. What we need are solutions that allow the human-made world to work in harmony with nature, not against it. 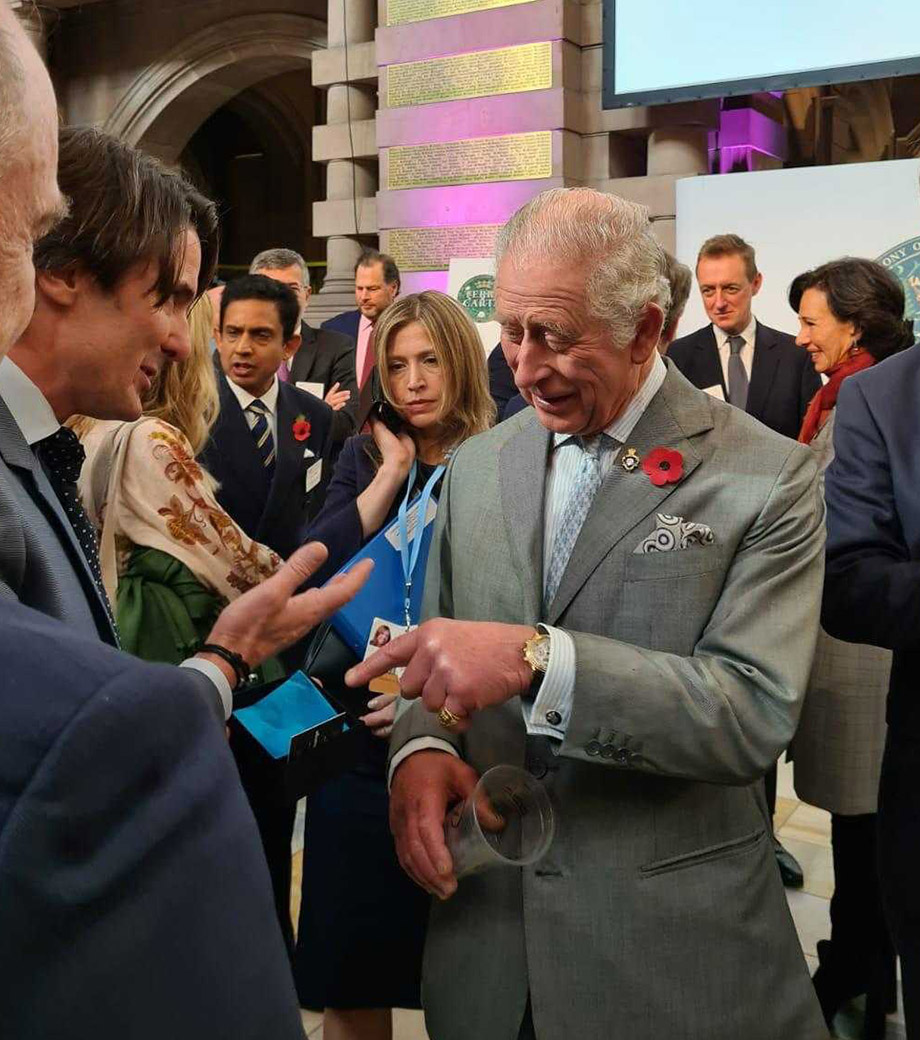 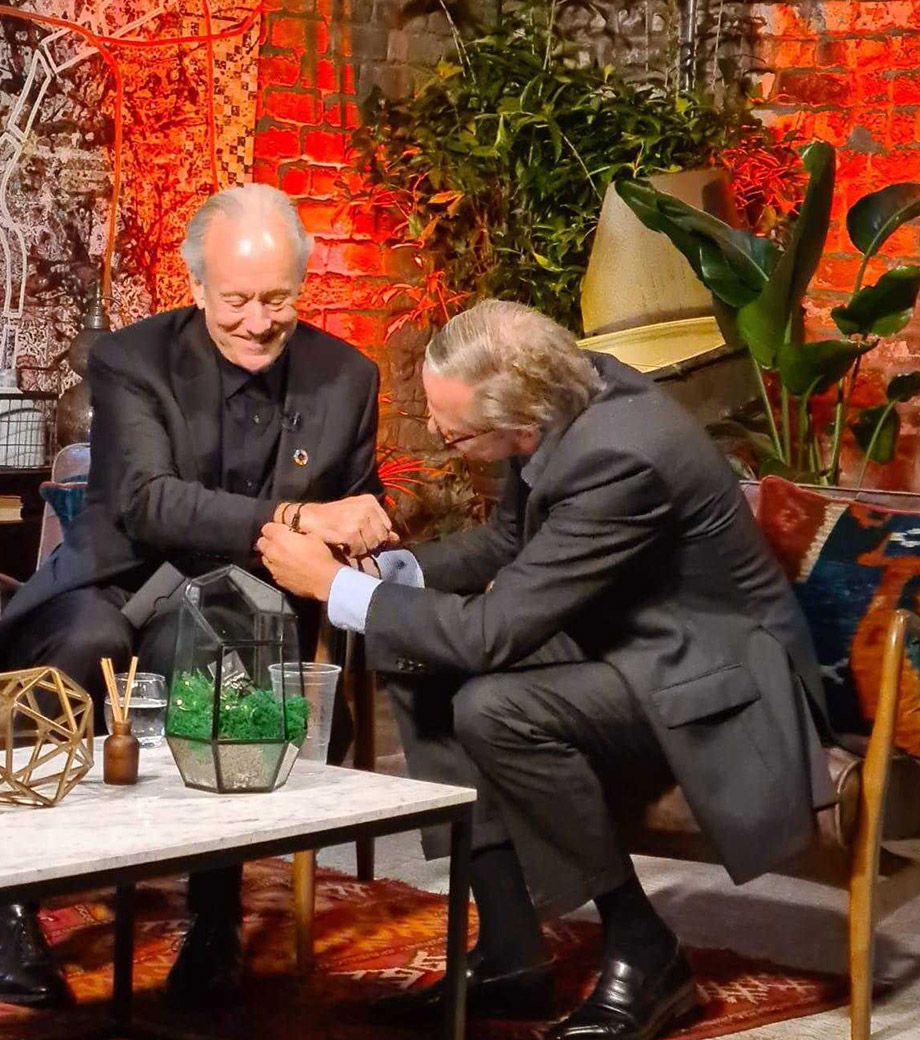 Gathering at the naval dock in Mumbai to welcome the Royal Navy Carrier Strike Group, onlookers witnessed the unveiling of a unique “Living Lab” experiment as the War on Plastic Pollution was brought to the high seas. Sitting aboard HMS Defender, a T-45 Defender, the ‘Living Lab’ is a unique experiment in India by British innovators Polymateria to demonstrate their Lyfecycle self-destructing plastic technology in action.

In India, an equivalent of over 385,000 truckloads of plastic escape into the natural environment every year – roughly 40% of all plastic waste according to the Ministry of Environment. By using Lyfecycle, this waste could instead quickly and safely return to nature rather than polluting the environment for hundreds of years.

The ‘Living Lab’ featuring Lyfecycle products was unveiled at the GREAT Future Showcase hosted by the British High Commission in India. The event brought together policy leaders, industry leaders and innovators to demonstrate the best of British innovation in clean growth, life sciences and future mobility. The scientific collaboration between Indian and UK scientists to fight plastic pollution is a fantastic example of cooperation between the UK and India on a major global environmental challenge. “I am delighted to support the War on Plastic Pollution and congratulate Polymateria on all they are doing to tackle this critical issue in India and the UK. [Along with] COP26, this is exactly the kind of innovation and collaboration the world needs to see more of.” ~ Alan Gemmell, Her Majesty's Trade Commissioner for South Asia 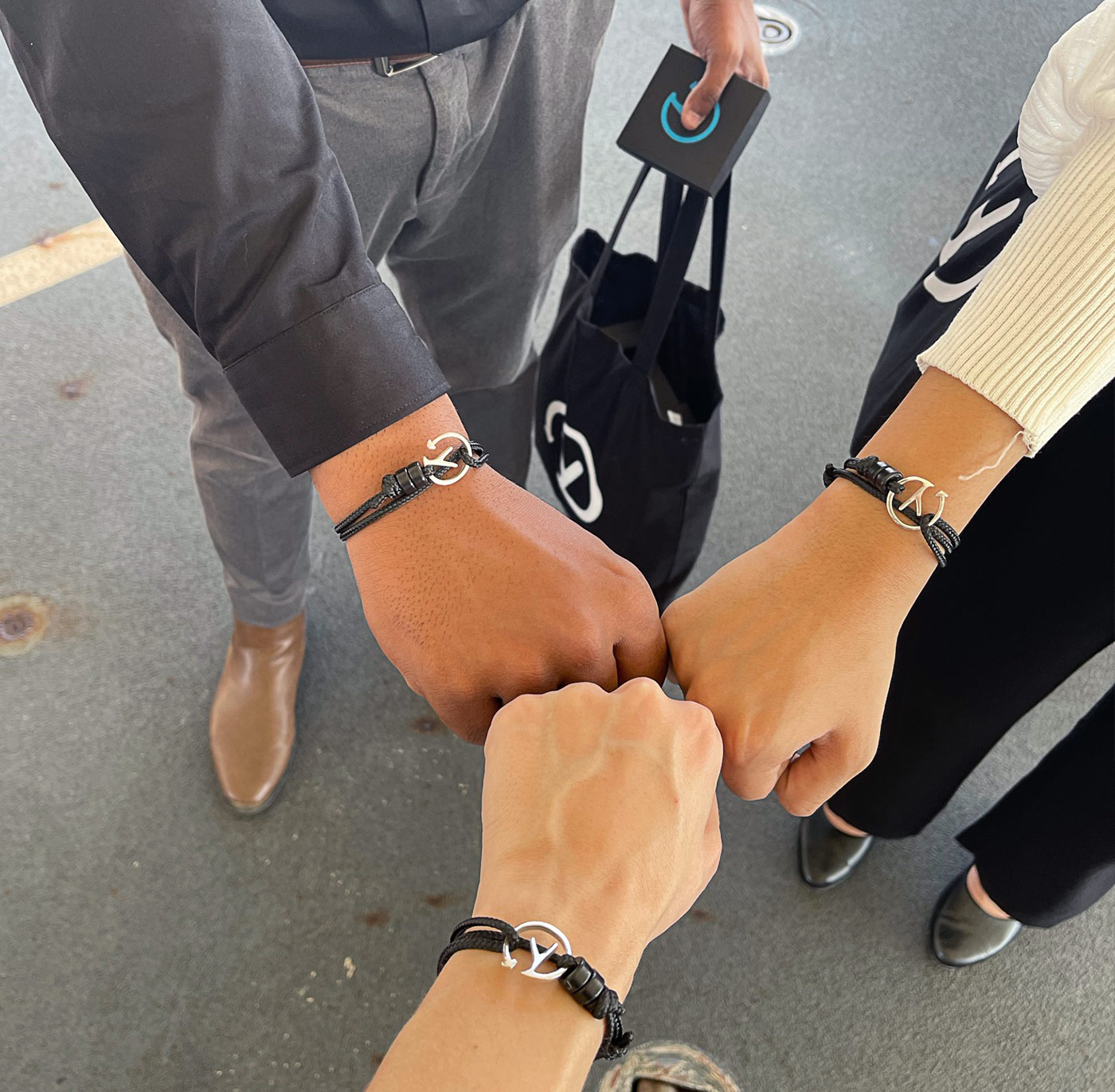 Placing the Living Lab on the HMS Defender warship is a symbol of the type of protection that we can now extend to our oceans thanks to innovations like Lyfecycle. The visibility of this activation will help to raise awareness of the issue and compel partners to get on board and scale. "The plastic pollution figures are stark but thankfully in Lyfecycle we have a brand new weapon to tackle it. We must take bold action to raise awareness and stop plastic pollution once and for all before it’s too late. The Living Lab will give people hope by putting our technology out in the open for all to see. Given its scale and importance, India is a key battleground in the War on Plastic Pollution. I’m hugely encouraged by the support we have had from Indian industry and look forward to working with Indian policymakers to implement the technology at scale in India." ~ Polymateria CEO Niall Dunne 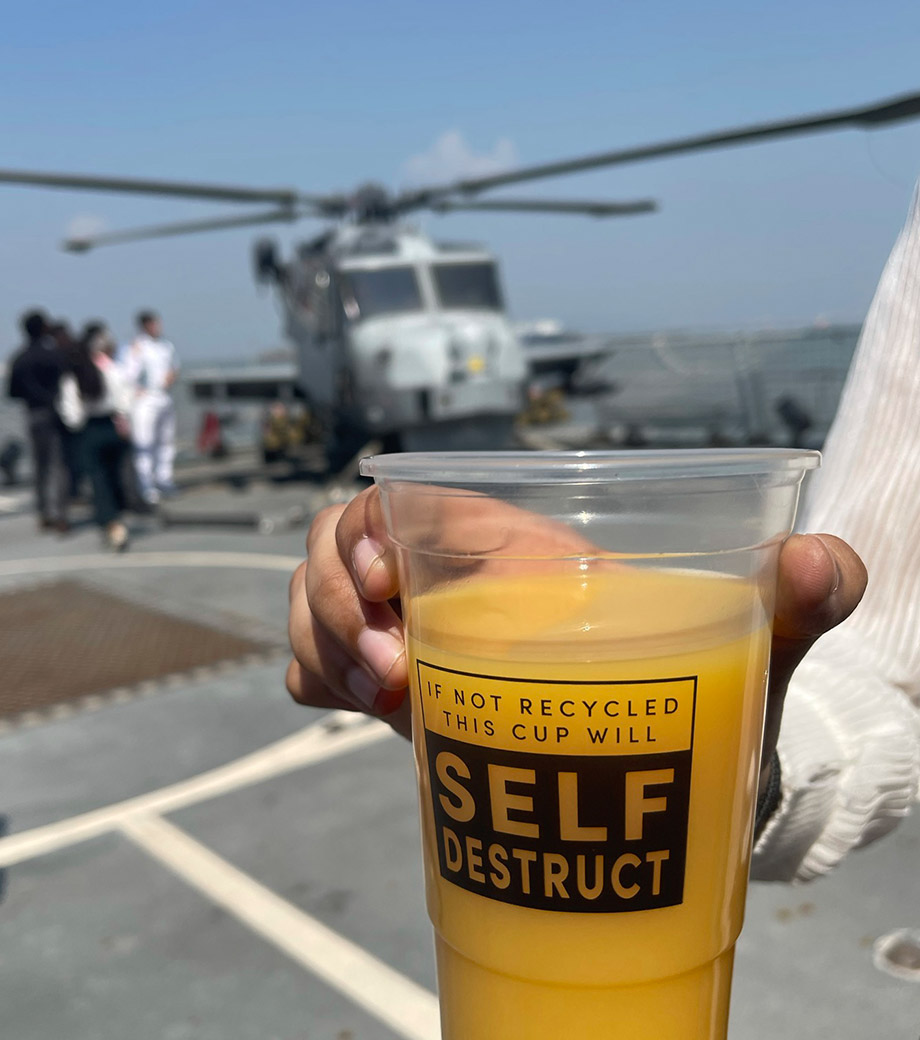 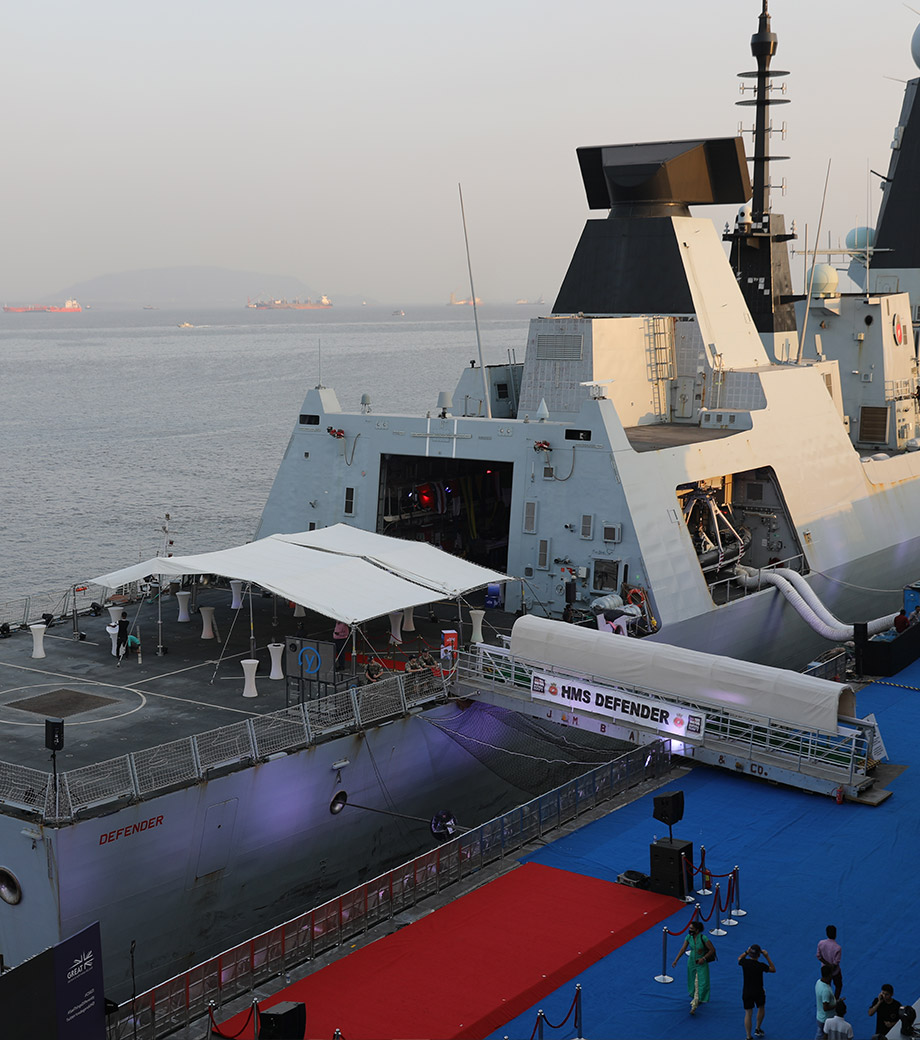 Lyfecycle had teamed up with plant-based burger chain Neat Burger and Extreme E, the electric offroad racing series, on a mission to build greater awareness about plastic pollution and the need for action. The campaign launched during the 2021 Extreme E race in Kangerlussuaq, where attendees used Lyfecycle cups and were asked to get involved and help spread the message. The competition has also be extended to Game Changers across the world, who are taking small steps toward making a positive impact on the environment.

“Our collaboration with fellow disruptors Neat Burger and Extreme E is to provide industry with an example of how recycling and biodegradation can work together and put consumers at the heart of the type of change we need to see to address plastic pollution at scale.” ~ Niall Dunne, CEO of Polymateria 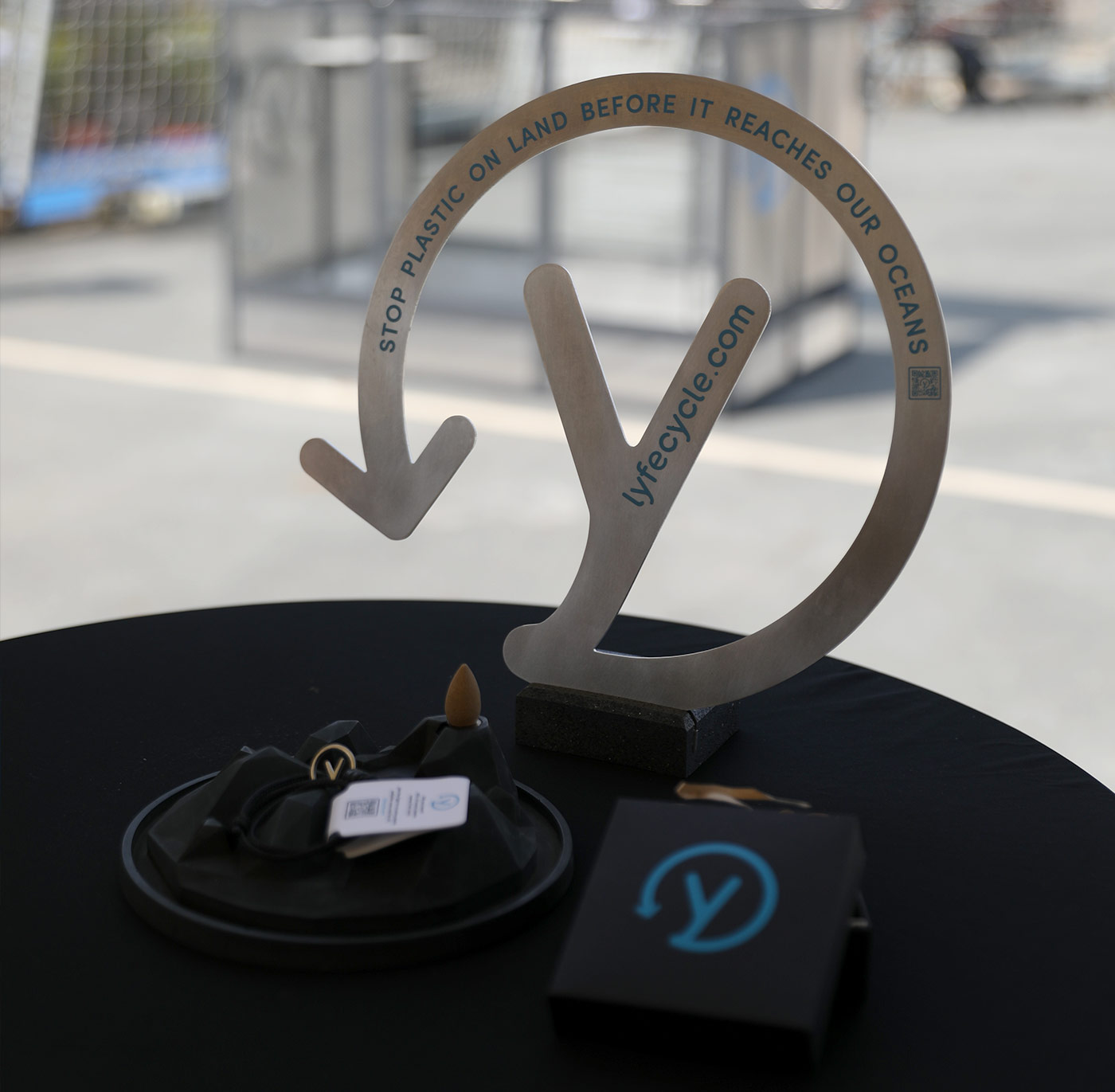